If you are crazy about electronic music and are also willing to discover more about the synthesizers especially the old-school ones, you should certainly delve into the characteristics of Casio VL-1 which used to be a real hit in Japan in the 80s.

This short article will tell you all of the most important details about this legendary digital synthesizer.

The technical features of Casio VL-1

This synthesizer is monophonic, meaning you could play only one sound at a time and has a tiny row of 29 keys. On the interface, there is an octave switch, which shifted the octave to low or high.

With this one, you could expand the key scale from 29 to 53 keys. On the top left corner of the interface, there are two sections. The left one controls the volume and the right one controls the balance slide. On the far top right corner, there are three major operation modes. They are play, record, calculate or off mode.

Next to the left, there is a mode of 5 instruments such a violin, flute, guitar, fantasy, piano and one ADSR mode. It has 10 rhythms to jam on. There are also sections for a synthesizer, sequencer and a display to keep a track of the section.

This mini piece was fun to poke and play around. Although, this was not as musically rich as the then dominant ones like Yamaha DX7, Sequential Circuits VS but it did started the movement and started first to break into the market and make some noise at home.

The technical limitations of Casio VL-1

Despite all the fuzz it had, the downside of the calculator-like keyboard were its mini buttons which were not thus convenient to use. Inside of this device, everything or the heart of this keyboard was a sound chip which produced the sound. The sound wave produced square wave. You also could tune the sound half step up or down by rotating a tuning peg that was at the bottom of the keyboard.

The versions of Casio VL-1

There are various versions of this keyboard were made.

One of the versions was made with the name, Realistic Contertmate 200 by Radio Shack, an American retailer. They re-branded the whole synthesizers of Casio as well as Moog.

The most typical version that was available was the one with a smaller display, although there was also another one with a big display. There was also a French version out there called Liwaco LW-610, as well as another from Russia, the Electronica IM46. And of course, Casio itself produced the same synthesizers it had developed. 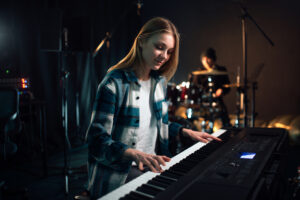 The innovation of Buchla synthesisers 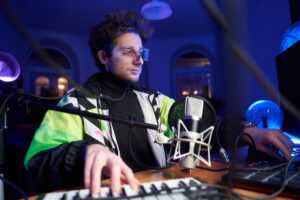 Everything you need to know about the history of Buchla 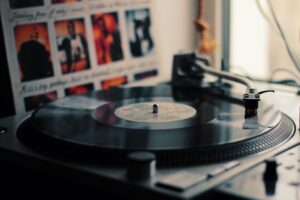 The history of Buchla modular synthesisers 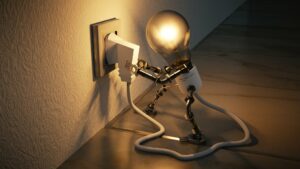