A synthesizer is a piece of musical instrument driven by pure electricity. Synthesizers generate sounds by the means of electricity flowing through their components which, as you can imagine, allows musicians to experiment with sounds a lot.

Providing you are wondering about the ways digital synthesizers are working as well as about their technical features and versions, this short article will be of a great use for you.

The unique features of digital synthesizers

One of the noticeable features was the ability to change from monophonic to polyphony. Monophonic is the term used for the synthesizers which are able to play only one note at a time. Unfortunately, such devices, in case of two or several notes being played, would simply cancel the first note. With the polyphony, synthesizers can be played several notes at a time. Of course, to some length. Such as- 4, 6, 8 and more.

Time came when manufacturers absolutely ditched the analogue circuits and began to use digital processors as the means of sound generation. This lead to a complete new revolution in the history of synthesizers. With those, gone were the days of VCF, VCA, VCOs and pure digital synthesizers came in. The means of sound fell under the category of DCA which stand for a digitally controlled oscillator, DCA (Digitally Controlled Amplifier) and DCF ( Digitally Controlled Filter ) or just a filter.

The functionality of digital synthesizers

The interface changed as well from simple knobs that would control the voltage signals to grids of small buttons that would trigger certain algorithms. These algorithms or combinations of algorithms would define and shape the sound desired by the users.

The most loved feature was noticeably the ability to store and save the sound by the press of buttons, later can be fetched from the memory. With the new digital analogy, the limitation of analogue synthesis broke and whole new spectrum soundscape emerged in the 1980s.

One of the prominent sound synthesis was FM synthesis. FM synthesis stands for Frequency Modulation. This could produce amazing sounds with sharp and added tonal qualities, that could produce harmonic and enharmonic sounds. For instance, a sound like a bell and other metallic sound can be produced via FM synthesis.

Not only 1980s but some sound synthesis technique like FM synthesis, additive synthesis, physical modelling and others are still popular in the music industry particularly dominant in electronic music. Some examples of these synthesizers would be the famous Yamaha DX7, Sequential Prophet Vs and CMI Fairlight. 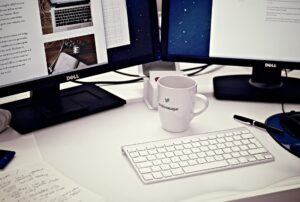